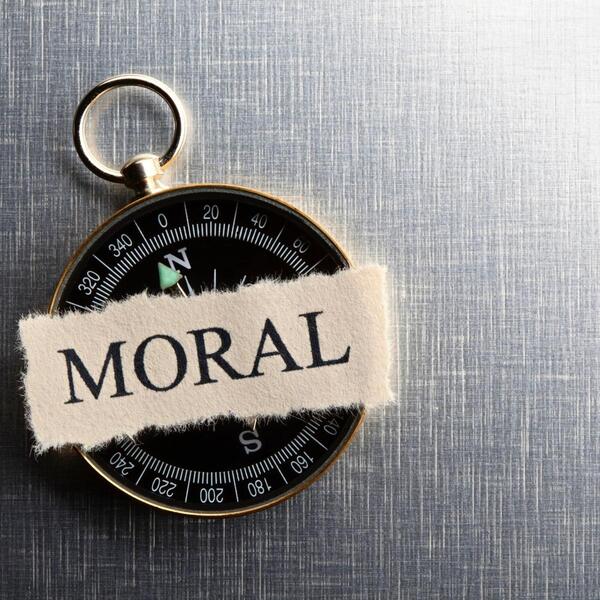 Morality means principles concerning the distinction between right and wrong or good and bad behavior. The idea of a moral code extends beyond the individual to include what is determined to be right, and wrong, for a community or a society or the world at large. Since it's a subjective concept, many people have strong and stubborn beliefs about what's right and wrong that can place them in direct contrast to the moral beliefs of others. Yet even though morals may vary from person to person, religion to religion, and culture to culture, many have been found to be universal, following which can make the world better place.

Indulging in gambling causes one to lose this basic moral principle of truthfulness.

Ahimsa, nonviolence, means not arresting the progressive life of any living entity. Lord Krishna declares in Bhagavad Gita that all living entities are His part and parcel and He is their seed giving father in this material world. One should not think that only humans are cognizant and have right to live and other living entities like animals, insects, trees etc. are for his enjoyment. People are now addicted to eating animals, in spite of having an ample supply of grains, fruits and milk, for which they need not kill any tree or animal. There is no necessity for animal killing. Such eating of murdered animals leads to the loss of feeling of compassion not only for other living entities but towards humans too. The injunction is to not give undue pain even to ant then what to speak of giving pain to any human. In situation of danger from other living entity, if there are no means of protection but violence then such violence is not immoral. This is called ahimsa.

Shaucam, Cleanliness, is of two kinds: external and internal. External cleanliness means taking a bath, keeping the surroundings clean and organized. Internal cleanliness means to keep the mind pure, i.e. free from the lust, greed, anger, whimsical thoughts and envy. Indulging in illicit sex with opposite sex increases the impurity in thinking. Being engaged in illicit sex, one becomes bonded with too many illegal and immoral means to satisfy the lust which, by nature can never be satisfied and which burns like fire within the heart. One should strictly avoid illicit sex by thought, speech and action in order to be peaceful. In every culture there is the institution of marriage. And regulated sex life, under the institution of marriage, is not immoral. The process of internal cleansing is thinking of Kriṣhṇa always and chant Hare Krishna, Hare Krishna, Krishna Krishna, Hare Hare/ Hare Rama, Hare Rama, Rama Rama, Hare Hare. This process cleans the accumulated dust of lust, anger, greed, envy etc. from the mind.

Tapas, austerity, means voluntarily restraining from immoral acts and acting in good ways even if it is painful. One must restrain himself from indulging in bad habits like illicit sex, intoxication, gambling and meat eating, even if it appears little difficult. One should practice austerity in every way – in body, mind, personal behavior, and dealings with others. Bodily austerity means not talking non sense and not eating meat. Mental austerity means restraining the force of lust, anger and greed. One should treat others the way one would treat himself. Practice of austerity is possible only when one is engaged in service of Lord Krishna, not otherwise.

Process of Developing These Morals

“All the demigods and their exalted qualities, such as religion, knowledge and renunciation, become manifest in the body of one who has developed unalloyed devotion for the Supreme Personality of Godhead, Vaasudeva. On the other hand, a person devoid of devotional service and engaged in material activities has no good qualities. Even if he is adept at the practice of mystic yoga or the honest endeavor of maintaining his family and relatives, he must be driven by his own mental speculations and must engage in the service of the Lord’s external energy. How can there be any good qualities in such a man?”

All living entities are part and parcel of Krishna, and therefore when they revive their original consciousness, Krishṇa Consciousness, they possess all the good qualities of Krishna in a small quantity. When one engages himself in the nine processes of devotional service, one’s heart becomes purified, and he immediately understands his relationship with Krishna.  The nine practical processes of devotional service as mentioned in Srimad Bhagavatam are: Hearing and chanting about the transcendental holy name, form, qualities, paraphernalia and pastimes of Lord Viṣṇu, remembering them, serving the lotus feet of the Lord, offering the Lord respectful worship with sixteen types of paraphernalia, offering prayers to the Lord, becoming His servant, considering the Lord one’s best friend, and surrendering everything unto Him (in other words, serving Him with the body, mind, and words).  By engaging in these activities one revives his original quality of Krishna Consciousness. 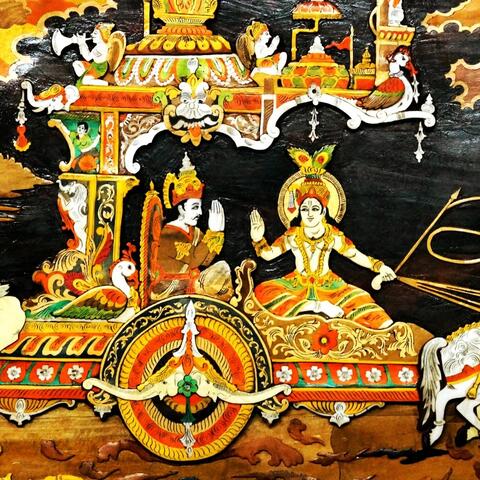 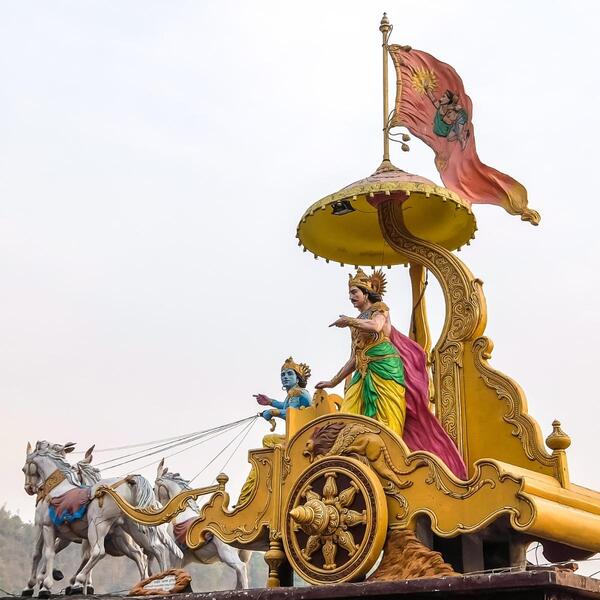 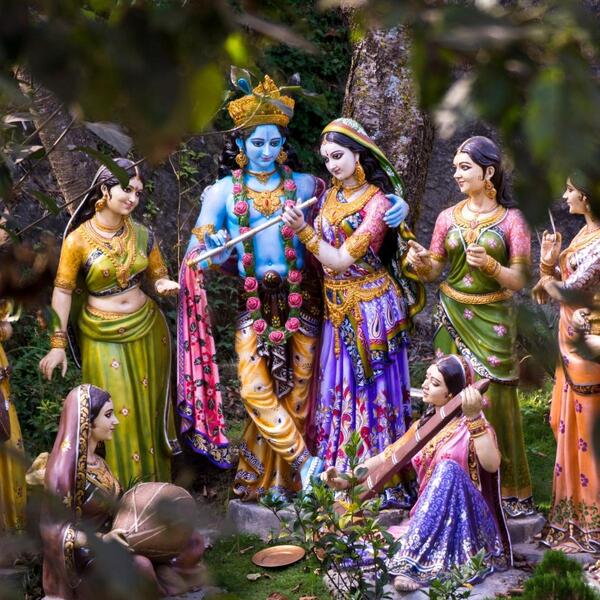 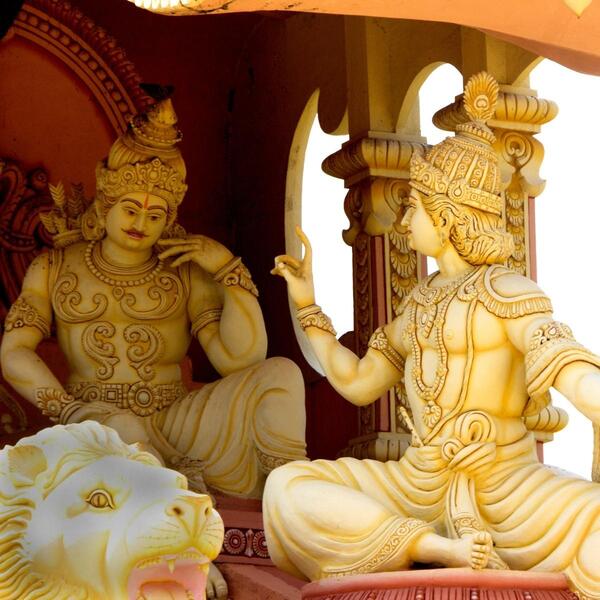 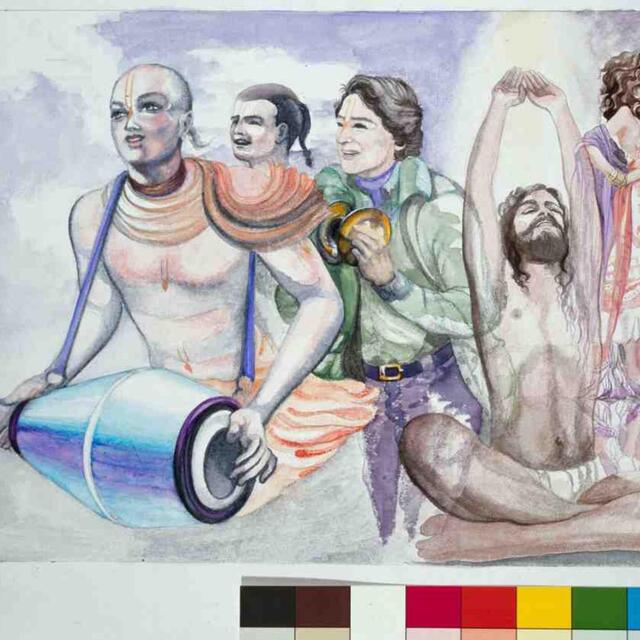 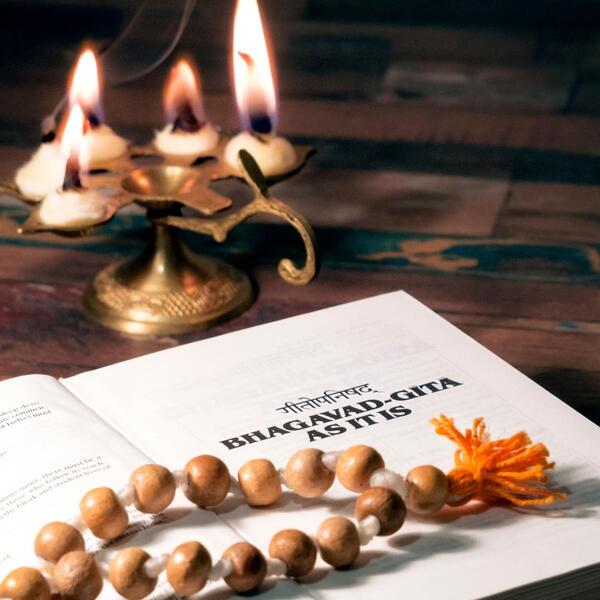