The glories of Rama Ekadashi or Kartika-Krishna Ekadashi are narrated in the Brahma-Vaivarta Purana of Veda Vyasa in a conversation between Lord Krishna and King Yudhishthira.

Lord Krishna, the Supreme Lord said to King Yudhishthira, “O lion among kings, the Ekadashi that occurs in the dark fortnight of the month of Kartika is called Rama Ekadashi. This Ekadashi has the power to eliminate the greatest of sins and award passage to the spiritual realm. Now hear a story that demonstrates the glory of this sacred Ekadashi.

There was once a renowned king named Muchakunda. Muchakunda was truthful and constantly offered Me devotional service. His kingdom was peaceful because he meticulously observed religious principles.

“Muchakunda gave his daughter Chandrabhaga, to Prince Shobhana, the son of King Chandrasena in marriage. Once Shobhana visited his father-in-law a few days before Ekadashi. Muchakunda had the practice of having all the citizens fast completely on Ekadashi. Chandrabhaga was anxious about her husband for he was physically weak and incapable of undergoing a day-long fast. She told him, ‘My father is very strict about observing Ekadashi. On the Dasami, the day prior to Ekadashi, he orders the striking of a large kettledrum with the announcement, “Everyone is hereby ordered to fast on Ekadashi, the sacred day of Sri Hari!”’

“On Dashami, when Shobhana heard the sound of the kettledrum, he said to his wife, ‘O beautiful one, what am I to do now? How can I obey your father’s and also save my life?’ Chandrabhaga replied, ‘My dear husband, in my father’s house, not even the elephants or horses – what to speak of human beings – eat on Ekadashi. The animals are not fed grains, leaves, straw, or even water! So you cannot avoid fasting if you are here. If you must eat something dear husband, then you must leave at once. Please decide what you wish to do.’

“Prince Shobhana then decided to fast on the sacred Ekadashi day and put himself in the hands of fate. The fast on Ekadashi proved unbearable to Shobhana and hunger and thirst took their toll on him. When the sun set in the west, the auspicious night made all the Vaishnavas happy. O Yudhisthira, the devotees joyfully worshiped Me (Sri Hari) and stayed awake all night. For Prince Shobhana, however, that night became excruciating. By sunrise on Dwadasi, Prince Shobhana had died.

“King Muchakunda performed the funeral of his son-in-law over a large stack of wood but instructed his daughter Chandrabhaga not to observe the custom of climbing her husband’s funeral pyre. Chandrabhaga performed the purificatory rituals for her husband and continued to stay with her father. By observing Rama Ekadashi, Shobhana was able to acquire great merit and in his next life became the ruler of an opulent kingdom high on Mandarachala Mountain.

“This kingdom resembled an abode of the demigods; lustrous with limitless jewels set in the walls of its buildings and pillars of rubies with inlaid gold and diamonds. When Gandharvas (the best of heavenly singers) and Apsaras (celestial dancers) performed for his pleasure, he seemed like Indra, the king of heaven.

“One day, a brahmana from Muchakunda’s kingdom named Somasharma while on a pilgrimage came to visit Shobhana’s kingdom. The brahmin saw Shobhana in his resplendence and instantly recognized him as the son-in-law of his own king Muchakunda. Seeing the Brahmin approach, Shobhana recognized him too. He rose from his seat and welcomed him. After Shobhana had paid his respectful obeisances, he enquired from the brahmin about his well-being and about the health and welfare of his (Shobhana’s) father-in-law, his wife and all the residents of the city.

“King Shobhana then said, ‘Since I observed Rama Ekadashi, I was offered this splendid city to rule over. Yet, for all of its grandeur, it is unstable and could die out any time.’ “The brahmin asked, ‘Why is this kingdom fragile and how can it be made stable? Please explain this to me, and I shall try to help you.’ “Shobhana replied, ‘When I fasted on Rama Ekadashi I did so without faith, hence, this kingdom is infirm. If a pure brahmin like you tells about my city to Chandrabhaga, I know it will become stable.’

“Somasharma returned to his city and related the entire episode to Chandrabhaga. She was overjoyed to hear news of her husband. “Chandrabhaga replied, ‘O sage among the brahmins, I am eager to see my husband; please take me to him at once. With the merit of having fasted on every Ekadashi my entire life, I can bring stability to his kingdom. Please reunite us, and you will gain great merit.’

“The humble brahmin Somasharma then led Chandrabhaga to Shobhana’s radiant kingdom. They, however, stopped at the foot of Mount Mandaracala, at the sacred ashrama of Vamadeva. Upon hearing their story, Vamadeva chanted Vedic hymns and sprinkled holy water upon Chandrabhaga. Through the influence of the great Rishi’s rites, her merit of fasting on Ekadashis made her body transcendental. Ecstatic, Chandrabhaga then continued on her journey. “When Shobhana saw his wife approach Mount Mandarachala, he called out to her in great elation. When she arrived, he seated her on his left, and she spoke, ‘O dearest husband, please listen as I tell you something of immense value. I have fasted with complete faith on every Ekadashi since I was eight years old. If I transfer to you all the merit I have accumulated, your kingdom will prosper and endure till the coming of the great inundation!’”

Lord Sri Krishna then turned to Yudhishthira and said, “O Yudhisthira, Chandrabhaga with an exquisitely transcendental body beautifully decorated with the most delicate ornaments enjoyed peace and happiness with her husband. By the potency of Rama Ekadashi, Shobhana obtained a magnificent kingdom on Mount Mandarachala and was able to fulfill his desires and find everlasting happiness.

“O greatest of kings, anyone who observes Ekadashis during both the light and the dark fortnight of each month is undoubtedly freed from the sinful reactions of even killing a brahmin. Anyone who even hears this narration of the glories of Rama Ekadashi is freed from all kinds of sin and attains the supreme abode of Lord Vishnu. 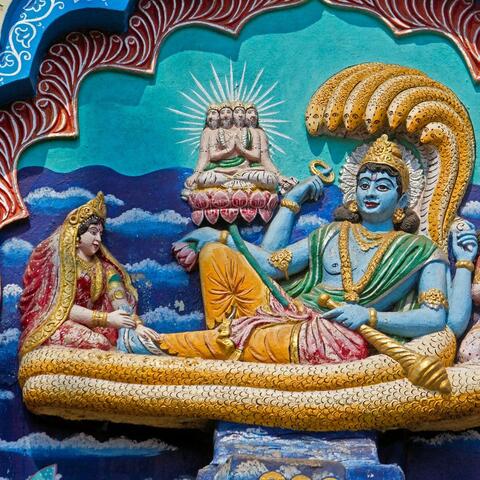 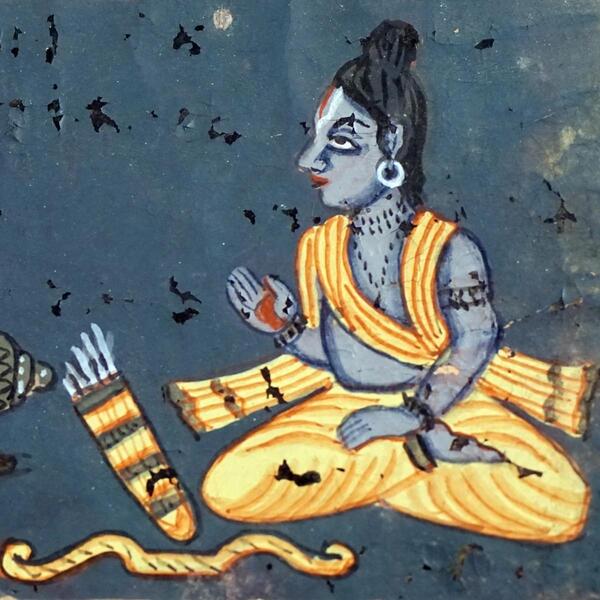 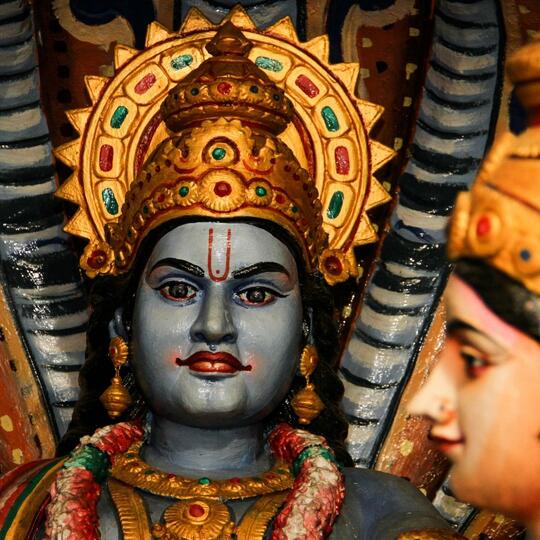 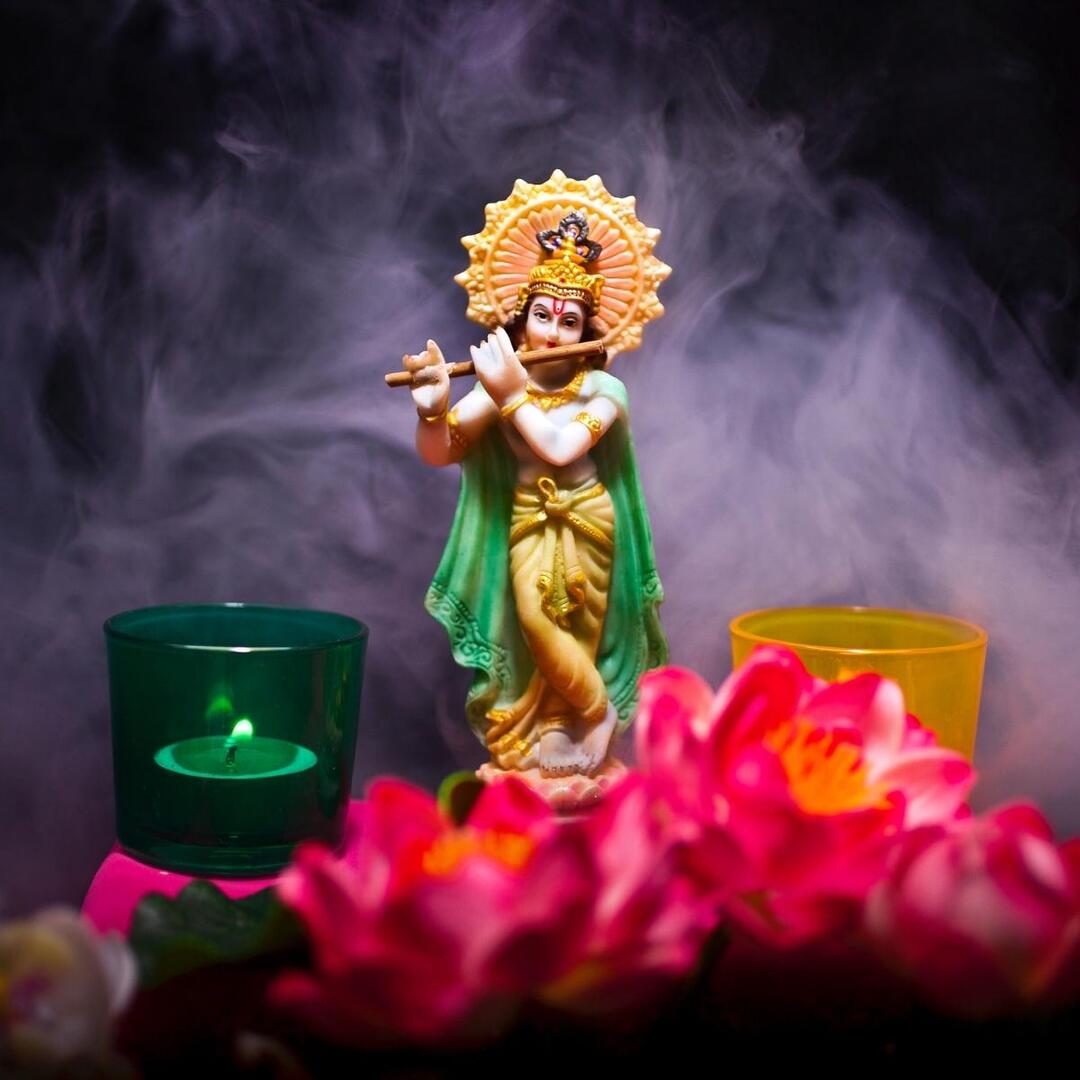