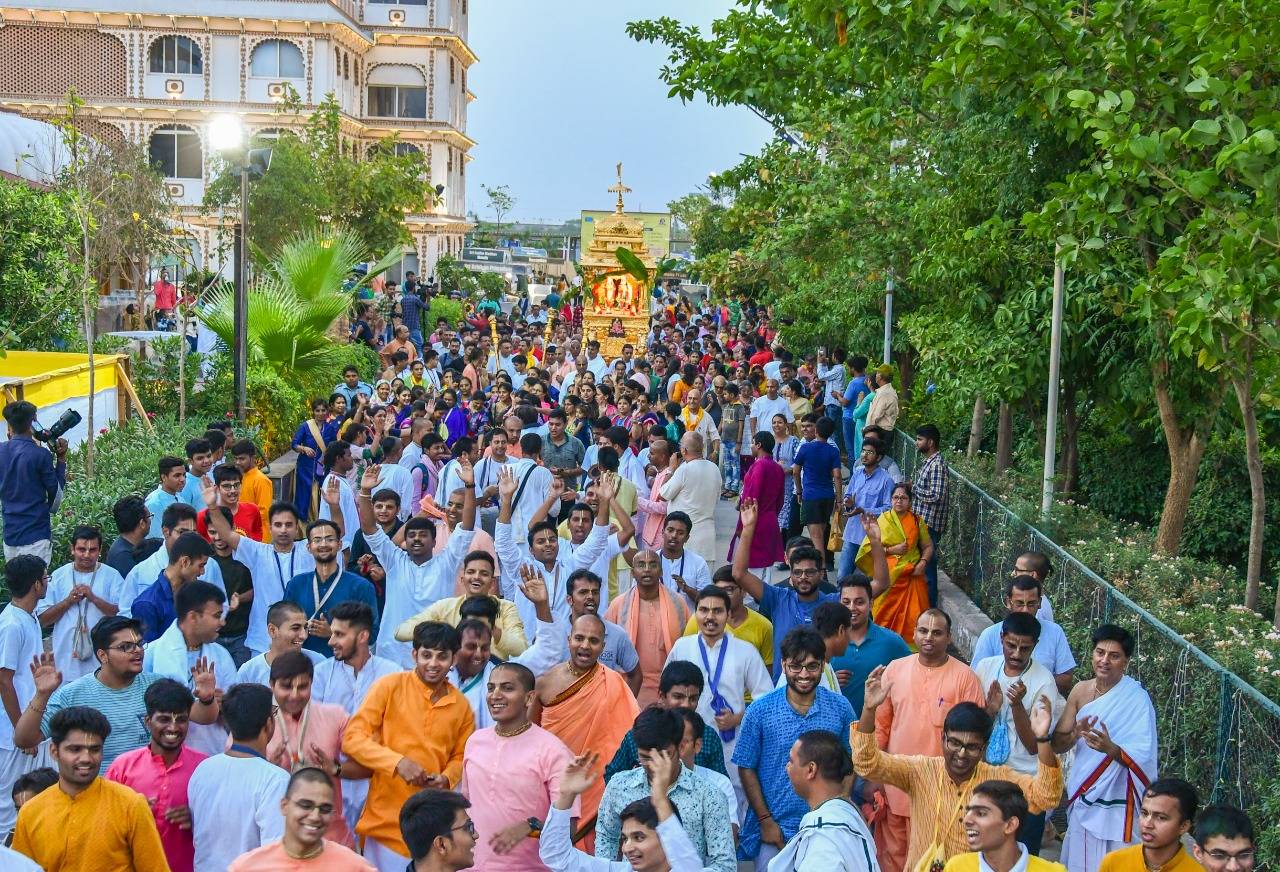 The festivities will be marked with special events for the pleasure of Their Lordships:

18th April – Rathayatra at Shahibaug Their Lorships Sri Sri Radha Madhav will come out of temple and ride on grand Rath to shower Their blessings upon the people. Amidst the roaring kirtan, a huge procession is carried out on the roads of Shahibaug. Devotees sing the sacred mahamantra and dance. The Rath will be pulled by devotees to get the mercy. It will be most mesmerizing sight and blissful experience.

19th April - Swarna Ratha & Nauka Vihar. On the second Their Lordships will be taken for pleasure ride on the golden chariot and flower bedecked boat, followed by Dolotsava (the swing festival) accompanied by Sangeet Seva performed by the devotees.

21st April – Gaja Vahana Utsav The fourth day celebration is marked with the riding of Their Lordships on the grand Gaja Vahana.

22nd April – Chrunabhisheka. The final day celebrations include Churnabhisheka, a special abhisheka performed once a year for all the Deities of the temple. The Deities are smeared with a special powder known as churna, and bathed with panchamrita, fruit juices, flowers and water prepared with sacred herbs.