Hare Krishna Mandir, Bhadaj, is one of the most renowned places to visit in Ahmedabad. Since its inauguration in April 2015, the temple has been standing as a beacon of spirituality and service to mankind. Being one of the most popular places in Ahmedabad, Hare Krishna Mandir is not visited just by the devotees seeking Lord’s blessings but also by those who are looking for spiritual solace, away from the din and chaos of mundane life.

The temple is open throughout the year and is well known for its meticulous worship and vibrant festivals. The presiding Deities of the temple are the most enchanting, Sri Sri Radha Madhav. Their beauty captivates the heart of every visitor and transfers him to the world of divine bliss. The Deities, the divinely surcharged ambiance, and a serene location away from the buzz and clamor of city life, makes Hare Krishna Mandir, ‘the place’ to search for true spiritual happiness. To make the experience all the more wholesome and fulfilling, the temple is replete with all necessary facilities.

Hare Krishna Movement - Ahmedabad was established to spread the sublime message of Krishna consciousness among the people of Ahmedabad by spreading the glories of Hare Krishna Maha-mantra, distribution of Srila Prabhupada's books & free distribution of food (prasadam). The Movement also started its charitable activities through the Akshaya Patra program for the welfare of the society.

Hare Krishna Mandir started its journey in 2008, with a modest beginning from a rented bungalow in the Thaltej locality of Ahmedabad. Today it stands as a brilliantly shining icon of spirituality, devotion and culture. Let us peep through the windows of time, witnessing the glorious a journey of the transcendental evolution of Hare Krishna Mandir, Bhadaj.

Hare Krishna Mandir, Bhadaj is a beautiful blend of Gujarati Haveli and Rajasthani architecture. It is one of the iconic Krishna Temples and popular place to visit in Ahmedabad. 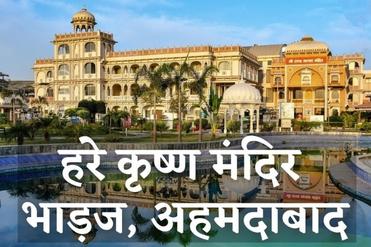 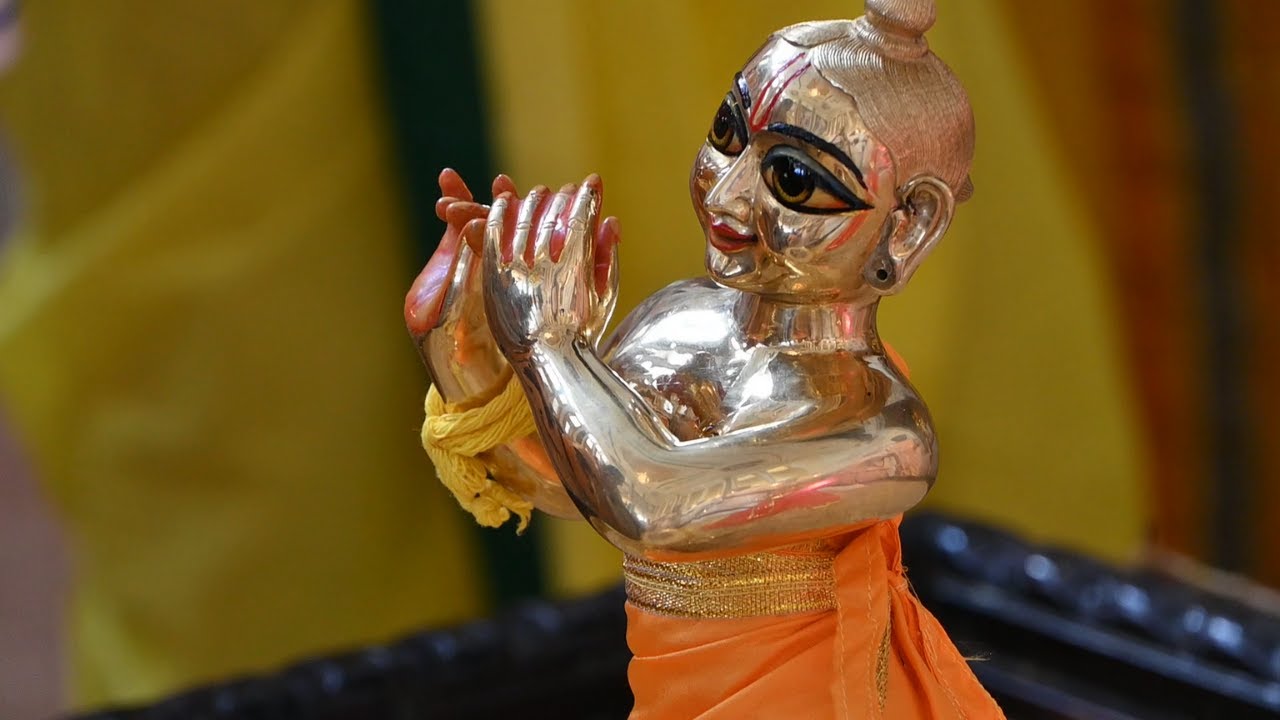